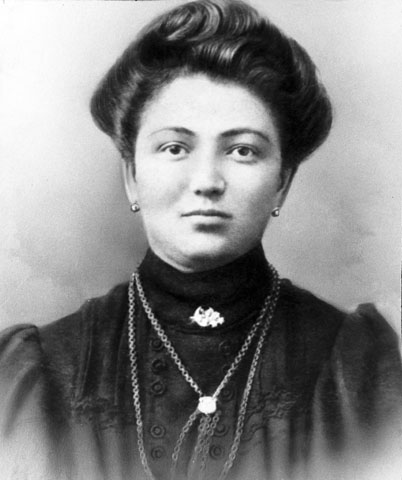 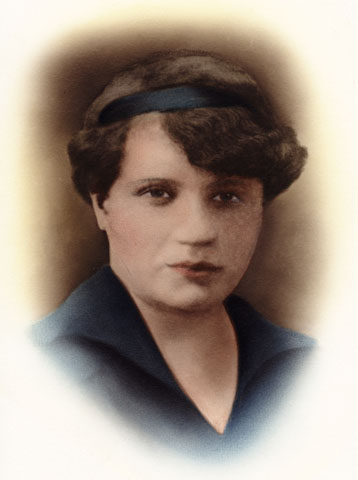 Gittel’s son Baruch, who was only five when she died, had a few precious memories of Gittel:

“The only reprimand I remember from my mother occurred on a Saturday afternoon when I was playing in the yard with some of my peers. I came into the house and made some noise. My mother said, Shhhhsh! Father is asleep. That was her sharpest reprimand. I was terribly hurt and she noticed that from my expression. She took my face into her hands and she whispered, Father is sleeping. I remember, too, that my older brother and I had a tutor for Torah and Hebrew.  She would interrupt the tutor and say, That’s enough for them… I remember also that she would cuddle me, hold me in her arms until I fell asleep. I was more attached to my mother than father.”[2]

Little else is known about Gittel Goldman except that her children remembered (or recalled hearing) that she was very intelligent. Only one photograph of her is in existence.

Betty Korff Berkowitz, the first born of Etta and Jacob, was able to draw a more detailed portrait of her own mother:

“Etta was a very old-fashioned Yiddishe mother, devoted to her children and home. She came from a very religious upbringing and was proud that she was the wife of a grand rabbi. She had, however, been interested in another man before her sister died but she knew she was expected to marry her sister’s husband. The other relationship didn’t work out.

“I think my parents loved each other at the time they got married. When they were older I can remember them talking and my mother would suddenly burst out laughing because she found something amusing. However, they never demonstrated any affection for each other in front of the children. This was part of their culture.

“My parents spoke Yiddish in the home but spoke well enough in broken English to communicate with shopkeepers. My brother Sam would accompany my father if he had to go to a doctor.

“My mother did not have a social life except in connection with the synagogue attached to our house. Women would come to visit her at our home but she never went to their houses. This was quite a status issue. Women came to her.

“My mother wanted my sisters and me to marry and be happy. She was after all of us from the age of 16 or 18 to get married. That was her only expectation for us. 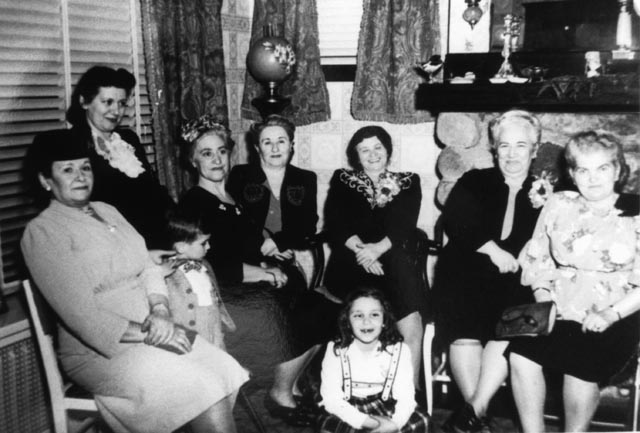 “My mother had live-in help a woman who helped with the cooking and housekeeping chores, plus for holidays she had extra help. 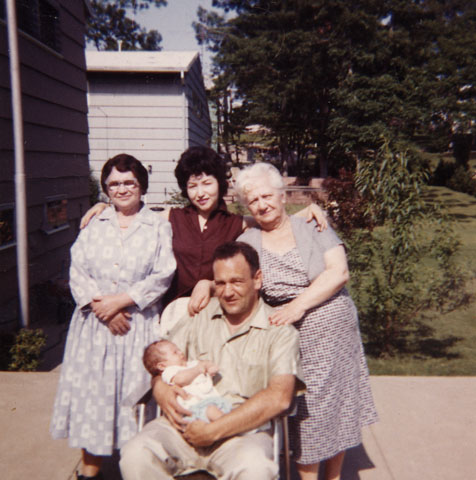 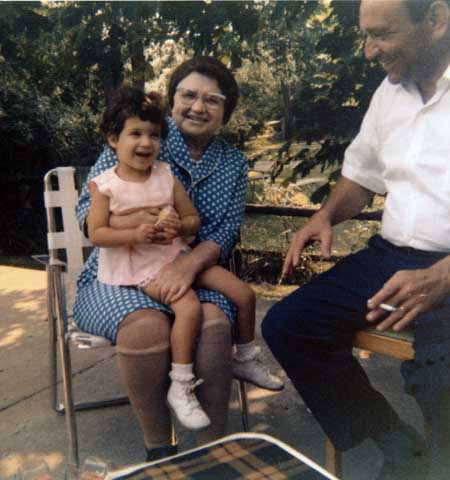 “At the end of her life my mother suffered from diabetes and kidney problems. She had many problems and she died a few years after my father. My brother Max paid for her to be buried on the Mount of Olives in Israel. This was her wish. She had talked about it a lot because [traditionally] men and women cannot be buried together, so she knew she couldn’t be buried next to her husband.”[3] 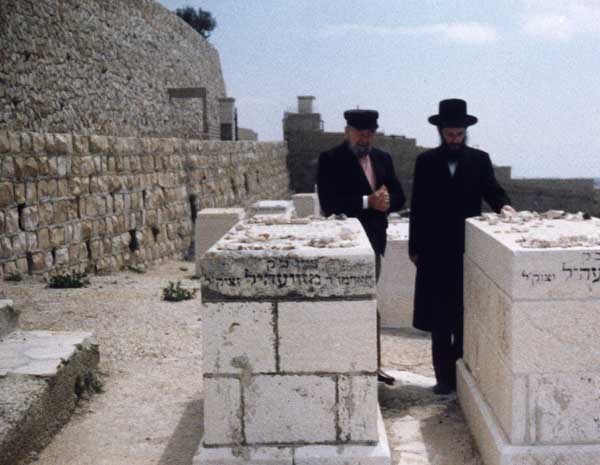 Traditionally, Jewish men and women were buried in separate areas in a cemetery. Since Etta could not share Jacob’s ohel, her children decided to honor her memory by burying her in Jerusalem. Her stepson Baruch (left) and ? visiting her grave.