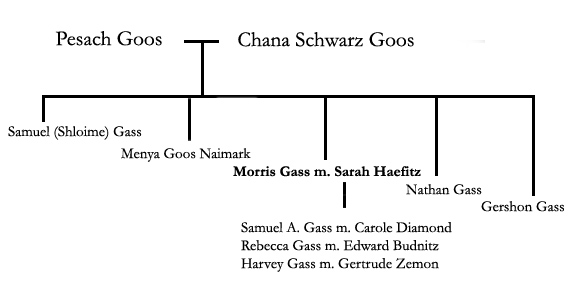 MORRIS GASS, THE THIRD CHILD of Pesach Goos and Chana Schwartz, was born in Turiysk in 1885. He was the last of the four Goos brothers to leave Russia, remaining behind because one sibling needed to serve in the Russian army in order for the others to emigrate. Morris wanted to spare his parents the burden of paying the costly fine they would have incurred if all their sons had escaped military service. So Morris volunteered. 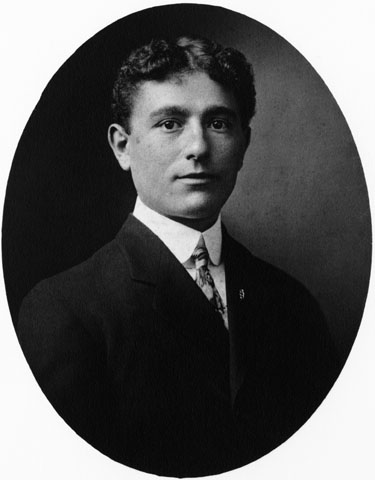 Morris Gass came to America on the SS Pennsylvania, which sailed from Hamburg, Germany on 18 January 1907 and docked in New York on 1 February 1907. He was listed on the manifest under the name “Meische Guss” as he was probably called Moishe at that time. According to the manifest, Morris was age 21 years and single. He last resided in Wohlyiena. [This is Volhynia, a guberniya (province) in what is now the western Ukraine.] Morris was a peddler and he was planning to join his brother, Schloime Guss at 192 2d Street in Boston, Massachusetts. Morris’s birthplace was listed on the manifest as “Kresk” [sic]. [This was likely a misspelling of Turiysk.]

The 1920 U.S. Census[1] shows that Morris immigrated in 1907, making him 21 or so when he left Russia. When he reached America he became a peddler and junk dealer in Vermont, collecting paper supplies, iron, and steel. His daughter Rebecca (Rae) Budnitz speculates on why her father settled in what was then an extremely remote area: 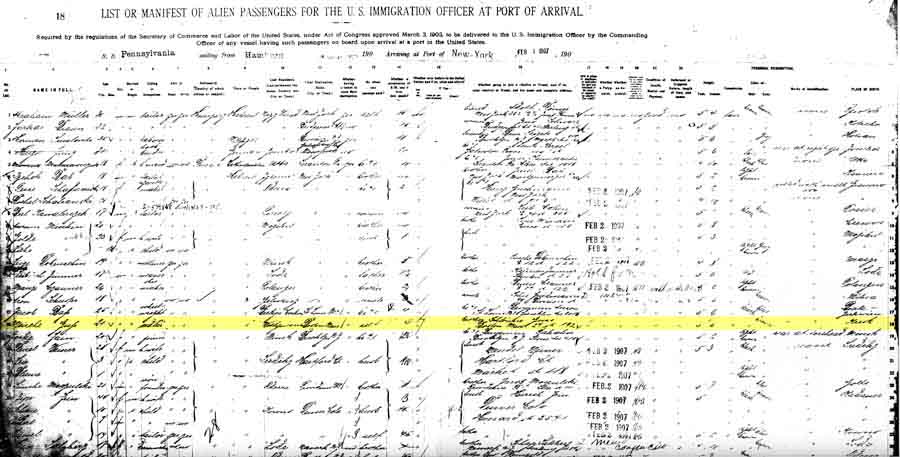 Passenger manifest for the SS Pennsylvania, with a listing for “Meische Guss,” who traveled in steerage.[2]

“There was a small contingent of Jewish people who settled in the small Vermont towns of Newport, Bellows Falls, and Brattleboro. There were these famous Zionists who traveled all though New England. They used to go to the small towns and try to talk to the Jewish people there to get them together. These Zionists were all very well known at the time when Israel was trying to become a country—Theodore Herzl, Chaim Weizmann, people like that. They may have in­fluenced Jews to get out of the big cities and go to the smaller towns where they could make a better living. My mother’s brother settled in Hinsdale, New Hampshire, right off the boat; he also didn’t stay in the city.”

On January 24, 1911, Morris Gass married Sarah Haefitz, the immigrant daughter of Abraham Haefitz and Reve Hophstein.[3] Even though Morris made his home in Brattleboro, and Sarah lived in Hinsdale, the marriage took place in Chelsea, Massachusetts, the home of many other Gass family members. 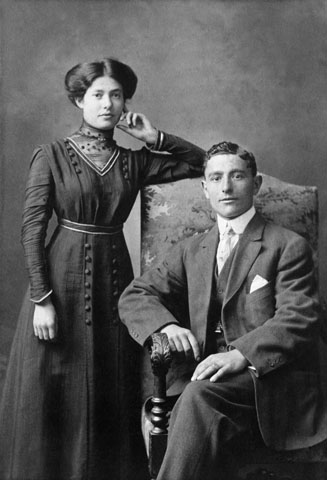 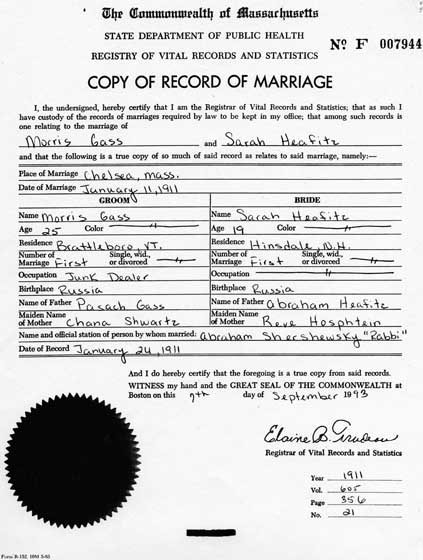 “My mother died in the old country and left three children. I was the youngest at home—about eleven years old—and I took care of my sick brothers. I was already grown up when I was young. I had to help myself from the start. At age 14, I immigrated to the United States to join my oldest brother.[4] I traveled with his sweetheart. For a short time I went to school, then in 1911, I married Morris Gass. He was twenty-four and I was sixteen. I was not anxious to marry right away, but circumstances were such that before I knew it I was engaged to be married.”

The newlyweds settled in Brattleboro, where their first child, Samuel (Sam) A. Gass, was born one year to the date after they were mar­ried. Their daughter, Rebecca, was born in 1913, and their youngest son, Harvey, in 1915.[5] 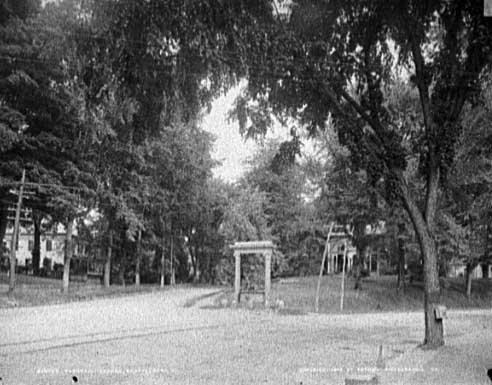 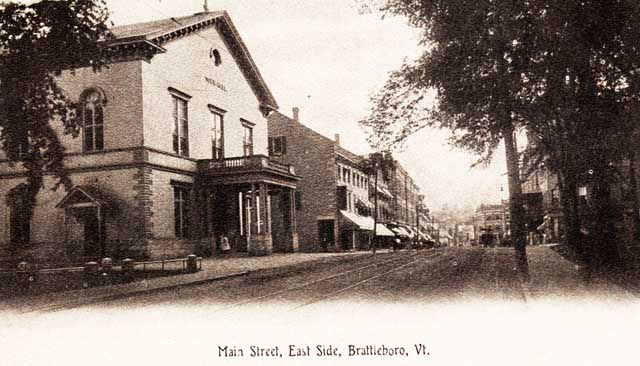 Main Street on the East Side, Brattleboro, Vermont, circa 1908
credit: Published by Brattleboro News Co. 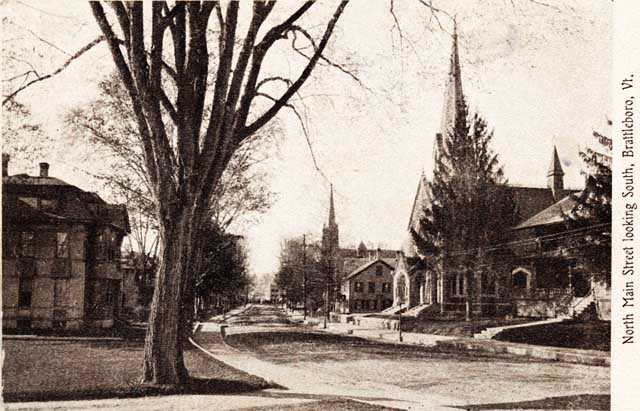 Morris and Sarah became natural­ized citizens in Brattleboro on March 24, 1914.[6] By 1920 Morris Gass and his family had moved to 58 Canal Street in the town of Bellows Falls Village, Vermont. The family left Vermont in 1924 when they moved to Lynn, Massachusetts, so Morris could join his brothers as a partner in Lion Shoe Company. The 1925 Lynn City Direc­tory shows the family’s home address as Ocean [Avenue?].[7] 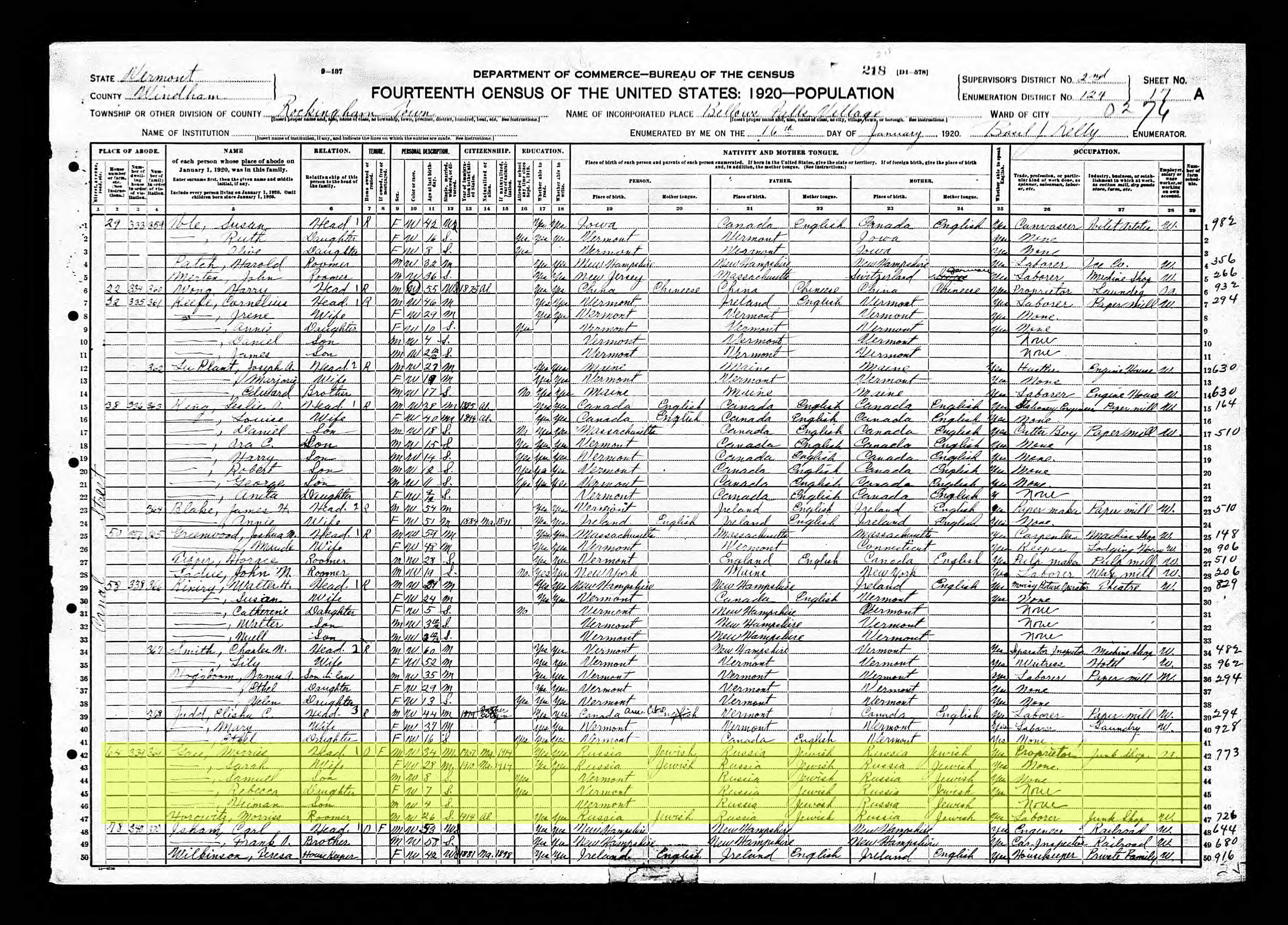 The 1920 Federal census showed the Morris Gass household in the Bellow Falls Village. 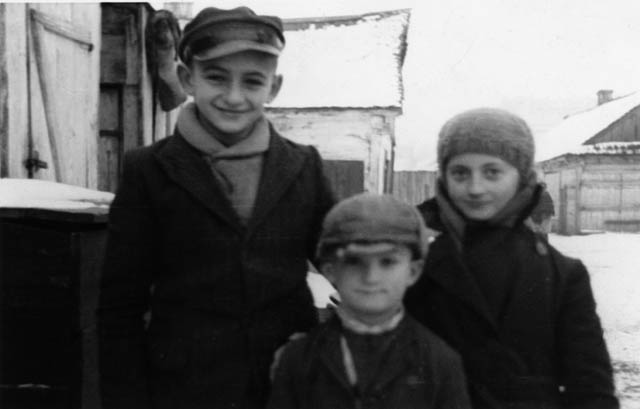 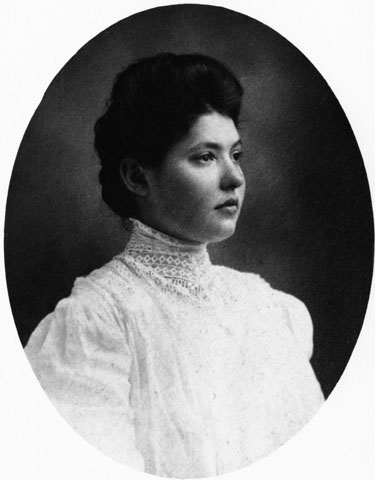 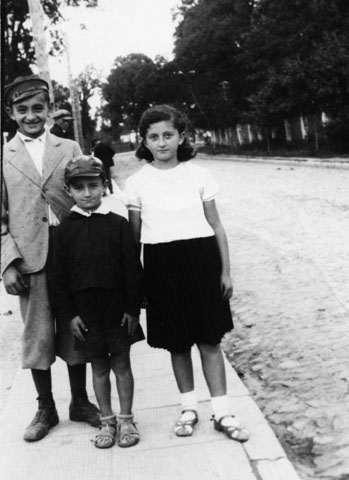 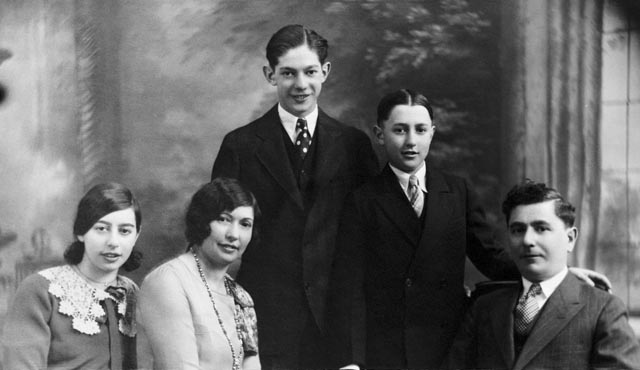 Morris and Sarah Gass with their children, Rebecca, Sam (next to Sarah) and Harvey 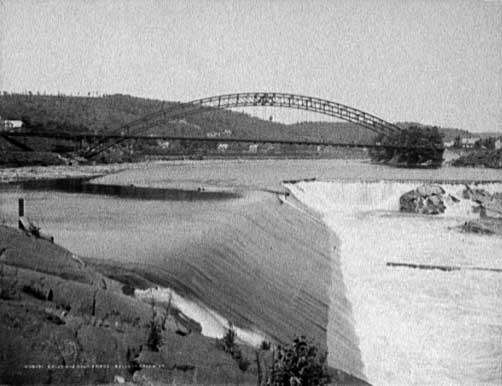 Connecticut River and Great Falls at Bellow Falls, Vermont, near the time Morris saw it for the first time
Credit: ©between 1905 – 1910. Detroit Publishing Company. Library of Congress, Prints and Photographs Division [reproduction numbers LC-D4-71178 and LC-D4-70091. 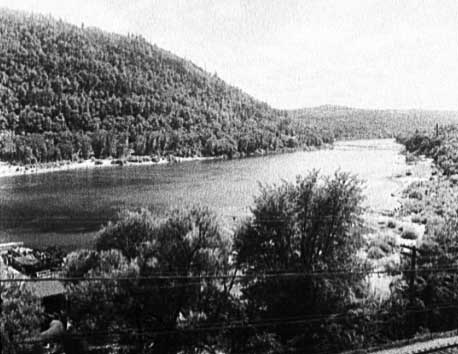 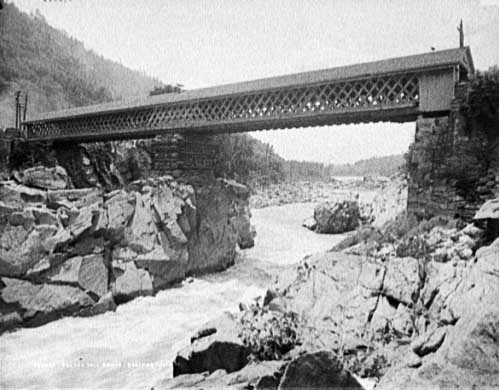 Did the Gass family use the Tucker Toll Bridge at Bellow Falls to cross the Connecticut River?
Credit: ©between 1900 – 1910. Detroit Publishing Company. Library of Congress, Prints and Photographs Division [reproduction number LC-D4-70093 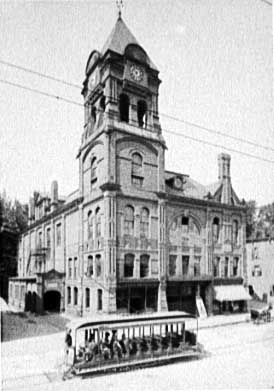 Did the family make use of the Bellow Falls Library?
Credit: ©between 1905 – 1910. Detroit Publishing Company. Library of Congress, Prints and Photographs Division [reproduction number LC-D4-70097]. 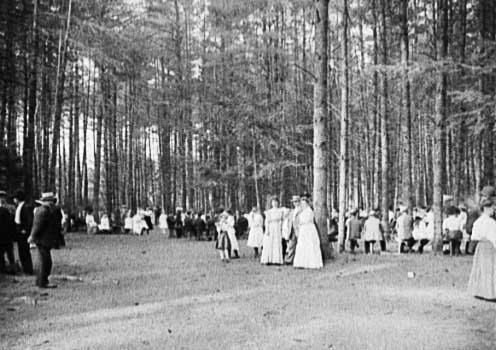 This photo of a band concert at Barber Park in Bellow Falls was taken a few years before the Gasses moved to the town. Did they attend similar concerts once they were residents?
Credit: ©between 1905 – 1910. Detroit Publishing Company. Library of Congress, Prints and Photographs Division [reproduction number LC-D4-70092]. 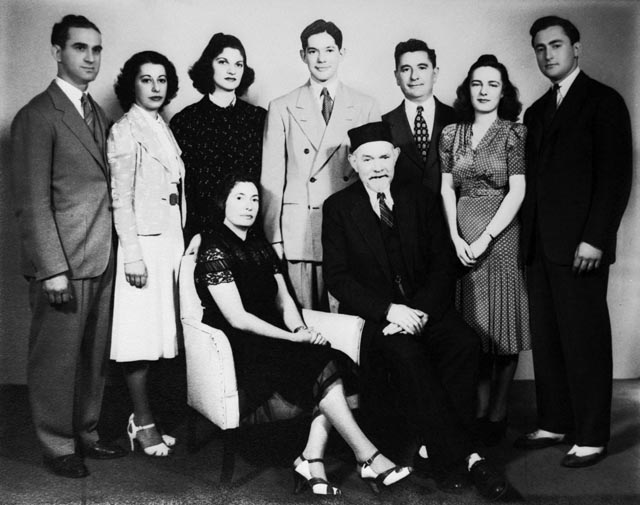 “Morris Gass was a mild-mannered man, a man of the highest ethical order, and very unusual. He stood out head and heels above most people that you would meet, but you would never know it. He was quiet, reserved. There was nothing really that he wouldn’t understand about another person’s operations or doings. He would understand it, wouldn’t be critical.

“He was a very ethical man, but not forceful. He wasn’t ministerial or admonishing. He did the right thing just doing it naturally. He didn’t force himself to do it. And that’s not easy. Everything he did he did in moderation. This was the way he was. He was a rare guy.”

“The reason that Lion Shoe stayed together right up to the end was because of my father. Morris was the kind of person who kept things cohesive. I don’t think Nathan and Samuel would have gotten along that well by themselves. Nothing that I saw was that apparent, but they would pull in different directions. My father would step in instinctively and say whatever had to be said, and it would be done.” 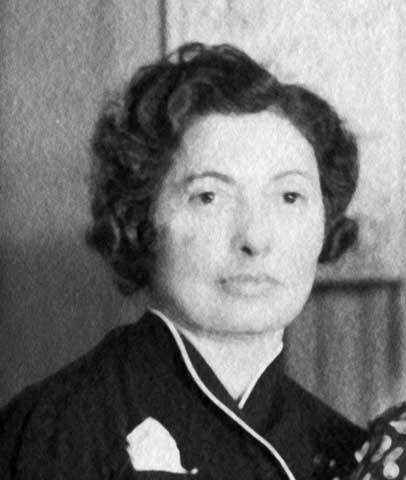 “He was humble, self-effacing and modest. A highly principled person. Very sensitive and very wise. He was really a mature human being, interested in the world around him rather than being self-centered. I don’t know if Morris really believed in G-d. I think he had his reservations, but he certainly believed in the Jewish heritage.”

Morris was a quiet man but his wife, Sarah, was gregarious. She won trophies in golf and loved to travel and entertain. Sarah recalled their life together:

“I married a very fine man and we both understood what life really is about—work hard and doing it well. I lived a beautiful life with my husband. I am content. Maybe I lived to ninety-seven years old because of that. They tell me I’m unusual, all my friends tell me I’m unusual. I’m really living a long life.”

“He would say to me, ‘Sarah, where else do you want to go?’ in Jewish, Wo wilst du? We were the first ones I think that flew to Hawaii. After the Lindbergh, a group arranged it to go to Hawaii. And we went. And after we stayed there two weeks or so Morris enjoyed it so much that he said he hoped to go back. 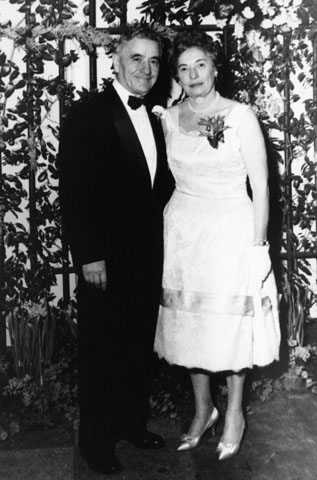 “My children all went to good colleges and that made me happy, because I didn’t get an education. I didn’t go to college but I have quite a bit I know about. I taught myself English. I read whatever I can. Life is so exciting. See I’m interested, you understand?”

Carole Gass shed some additional light on the relationship between Sarah and Morris:

“Morris treated Sarah like a child. He made all the major decisions. She was a good wife. She cooked and ran the home. She would arrange get-togethers with friends and made the travel plans. But there were parts of Sarah we never saw until Morris died because in his own quiet way, he handled her.”

In 1936, Morris and Sarah’s son Sam married Carole Diamond, a graduate of Barnard with a masters from Radcliffe. Carole worked as a psychiatric social worker in Boston. At that time Sam was working at Lion Shoe with his father and uncles.

Morris and Sam both stayed with Lion Shoe until it closed. Then Morris went into the credit union business on his own until his death in 1965.

Sam, a graduate of Dartmouth College, stayed in the shoe business. In 1938, he formed Klev-Bro Shoe Company in Derry, New Hampshire, with two partners. During World War II, Sam served in the Marines, but returned to Klev-Bro after the war. In 1966, the shoe factory was sold and Sam stayed on as chief financial officer until his retirement in 1982. At the time of the sale of the company, Klev-Bro was the largest single-story shoe factory in New England, covering 72,000 square feet and employing 500 workers. Sam Gass died in 1992 at the age of 80.

Read the entire interview with Sam and Carole Gass. 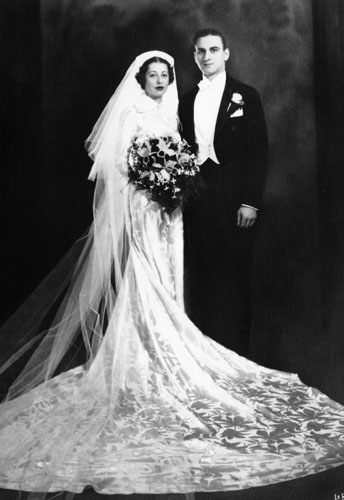 Dr. Harvey Gass, Morris and Sarah’s youngest child, went to the University of Michigan Medical School, served in the Navy during World War II in the Medical Corp, and then finished his medical training, specializing in neurosurgery.