IN 1989, WHEN PAUL GASS, JUDY SHAPIRO, AND ELEANOR O’BRYAN BEGAN the interviews for this family history, they interviewed Gass and Kessel descendants throughout the Boston area. Many of these relations did not know of the existence of each other, or if they had known each other as children, they had not spoken in years.

There seemed to have been some kind of feud that severed the ties between the family of Samuel Gass and his wife Lena Kessel, and the family of Lena’s sister Mary Kessel and her husband Abraham Gootman. The siblings of Lena and Mary were caught in the crossfire.

Everyone agreed that the quarrel had something to do with a house, but no one really knew what had happened, except Minnie Forman (a daughter of Abe and Mary Gootman), and Joe Kessel and Bertha Kassel (the children of siblings of Mary and Lena). Here is the story, as they remembered it: 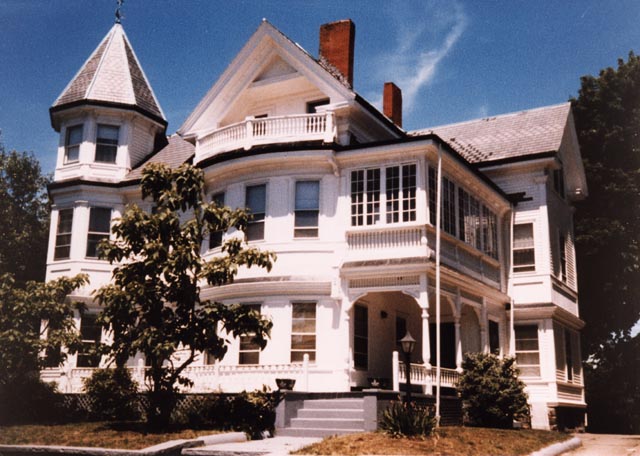 The house at 27 County Road in Chelsea

A feud over this house destroyed the fabric of a close-knit immigrant family.

“Back in the early 1920s, Sam and Lena Gass lived at 88 Orange Street in Chel­sea on the second floor. Lena’s sister, Mary, and her husband, Abraham Goot­man, lived down the street at 145 Orange. Samuel and Abraham were business partners at Lion Shoe.

“There was a fellow by the name of Rubin, he was like a real estate agent, buying and selling. So he says to Samuel Gass, Shloime, I got a good house for you to buy. Some Saturday, come with me and I’ll show you the house.

“So a couple weeks later Rubin says, Shloime, nu, they want a little too much money for the house?’ Shloime says, You talk with him and maybe he’ll come down. So Rubin talked with the owner and came back to Shloime and says, This is the price. You want it, is good. 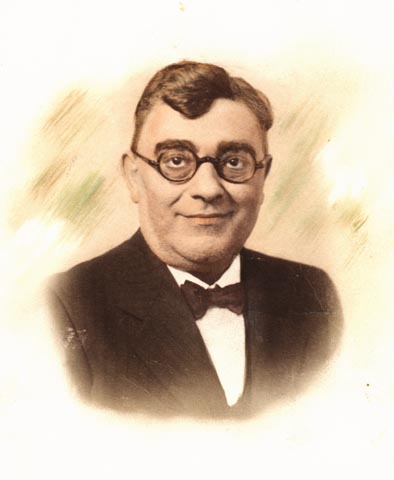 “Shloime didn’t give an answer. Rubin again says to Shloime, I want an answer now. Are you interested in the house or are you not interested in the house? He didn’t give no answer. So Rubin says to him, Shloime, I have a customer that would like to look and maybe buy that house. And Shloime says, Go ahead. [Shloime figures there’s no other buyer; he’ll hold out for his price.]

“So Rubin goes away to Abraham Gootman, and he says, Abraham, I got a good house for you. Abraham looks at the house and says, How much? Rubin says so much and then Abraham gave Rubin a check for deposit on the house. [Gootman apparently was unaware that Sam Gass was interested in the house.] 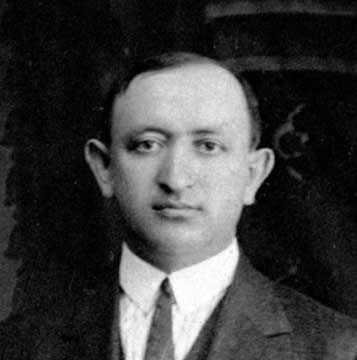 “So anyway, Shloime gets wind of it that Abraham bought the house. [He was furious. He felt Gootman should have realized he was trying to make a shrewd deal and not interfered.] And Saturday, you know they used to parade up Washington Avenue and back on Fifth Avenue like Easter Parade, and everybody walked by that house on 27 County Road.

“My father [Israel (Shrulik) Kessel, Lena Gass’s brother] and I had just opened up the store and all of a sudden who walks in? Shloime Gass. 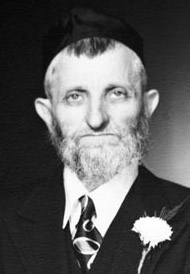 “‘Good evening, Shrulik, he says to my father. Good evening, Shloime. My father looks at Shloime, Shloime looks at my father. Shloime says all of a sudden, Shrulik—I’ll never forget, I was there—and he takes out a ruler, one of those fold­ing rulers. He says, I came just now from the house. He says he measured how wide it is, from one end to another, the entrance there [apparently to see if the entrance was wide enough for a coffin to be carried through]. He says, Shrulik, Abra­ham, he won’t live in that house. My father didn’t say nothing. Shloime says, Shrulik, they will carry Abraham out from the house in a box.

“So anyway my father got home that night, I came home, and my father was shaking. He couldn’t get over it, over a lousy house. So then it went back and forth, so what was resolved?”

According to Paul Gass, who was there when Joe retold the story, the threat was made in Yiddish and loses something in translation. In English it sounded like a Mafia death threat. Paul, however, felt that in the original Yiddish context the threat conveyed only anger and showed Samuel Gass’s fury at the perceived betrayal of Abe Gootman. Minnie Gootman, however, disagreed vehemently with Paul’s interpretation and from the passion of her feelings it can be understood how the family fabric was torn asunder by the misunderstanding.

Minnie Gootman Forman gave her family’s side of the story:

“My father decided when his wife became pregnant again that he was going to buy a house. He saw an ad in the paper or something and he decided to buy it. He gave them a deposit. When Sam heard that my father bought the house he threatened to shoot the three older children. Why? Because he wanted the same house, 27 County Road.

“[The rumors flew] that Samuel Gass was going to shoot my oldest brother and me and my younger brother. What a story! Samuel Gass must have been fifteen or eighteen years older than my father. Sam Gass just didn’t want my father to buy a house before he did. He was a very stubborn man.

“My parents fixed up the house—they put in new floors, painted it, and moved in furniture. But, my mother got panicky, because here she is pregnant and her family is threatened. So she said to my father, Let him choke with the house. Let’s give him the house. And at that point my father bought the house next door.

“After that there was a rift. I was about twelve when all the arguments occurred. I absorbed an awful lot of what was going on. My sister, Audrey, never knew any of Sam and Lena’s children because of the rift. 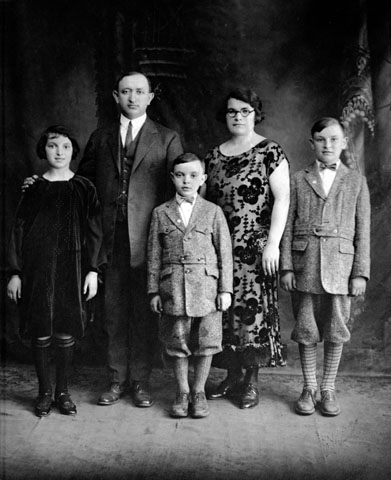 Abe and Mary Gootman with their children Minnie, Harry and George. Taken before Audrey was born

“Gootman, they gave him back the deposit. He says he didn’t want the house. He says if they would give him the house for nothing, he don’t want to live in that house now. So Gootman goes away and he buys the house right next door. How are they going to live, one here and one there? It’s like fire and water.

“So the Gasses moved in to 27 County Road, and Shloime Gass said to the [extended] fami­ly, Whoever comes to me, shouldn’t go to the Gootmans. And whoever goes to the Gootmans shouldn’t come to my house.

“My father told him, Shloime, you have no right, you can’t tell us who to go to or where to go to. So then one goes here and one goes there, and it was already a little friction.”

“The two brother-in-laws still remained in the business [Lion Shoe]. They carried on until it was sold. The two sisters, Mary and Lena, I don’t think they ever spoke to each other after that. And if you were friendly with one family, you weren’t allowed to be friendly with the other.”

“When Bubbe [her grandmother Kessel] needed to be cared for, my mother insist­ed that Abe speak to Sam about her because my mother and Lena weren’t talking.

“The house fight took place in 1929. My wedding was eight years later in 1937. I asked Sam’s daughter, Anna, to be one of my bridesmaids. I wasn’t angry with Anna. She was my best friend. Just before I was married, the first time we really got together again with the whole family was at Max’s wedding [in January 1937].”

“We had a Bar Mitzvah in 1949, our oldest son. We sent invitations to the Goot­mans, to the Gasses, to everybody. We had nothing to do with the feud. We sent them all invitations. So nobody responded. In 1954 when we had the second Bar Mitzvah, I left everybody out. They didn’t come to our affairs. Then somehow you know, that generation is gone, and we got children, we got grandchildren. Sec­ond, third, fourth generations, we don’t know nothing about them, they don’t know about nothing that went on. They’re the innocent bystanders. So what can you do?

“Years later we met Ida Gass Ullian at the Imperium. We were sitting at the same table, and we haven’t talked to each other for years. So we have a drink and we kiss and make up and find out it’s OK. And the very same night she calls me aside before they went home. She kissed me good night and she says, Cousin Yossie, you know, we wanted to go to your son’s Bar Mitzvah in the worst way. But Pa told us not to go.

“All this was given over the two houses. So what happened? They all passed away and 27 County Road is still there. In Jewish they say, A slap in the face you forgive. But a word that’s out spoken you will never, never… Ein patsch vergeht, ein word fersteht. If you could just take it back. But then there’s an old saying in Jewish, and it has the same meaning in English: You live to be eighty and you die a fool.

“So what happened, Gootman got rid of that house already, because it was like a curse. And they had a summer home in Sharon, right on the pond. And somehow he got sick there, and he died at the age of fifty, Gootman.”

“My father died in July 1941, when he was fifty years old. He had a heart attack three years earlier. After he died the Gass brothers closed up the whole factory. Samuel Gass was very sick by that time, riddled with arthritis.”

How did Lena Gass feel when she learned that Sam was going to “steal” the County Road house from her sister and brother-in-law? She must have known this would create a permanent rift between the two families. Was she too intimidated by her husband to say anything? Did she try to talk it over rationally with Sam or Mary? Did she plead with Sam or Mary to reconsider? Or was she the instigator? 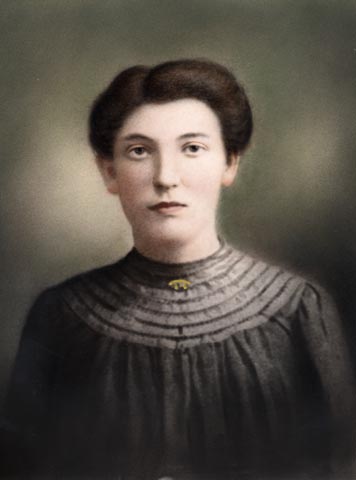 The purchase of the house was probably a power play. Sam had the money and he knew that Gootman would not jeopardize the survival of Lion Shoe in retribution, as Gootman depended on the business income as much as Sam. What this power play does show is that Sam had little regard for Abe, and that the relationship between Lena and her sister Mary held little value for him.

It should be noted that Samuel Gass and Abraham Gootman had also been partners in real estate ventures in Belmont and Watertown, Massachusetts. Despite the feud, when Abraham died and Samuel divided the properties, he gave the best property to Gootman’s family.